It’s ring season! The end of April has routinely brought championships to Clinton High School’s track and field teams, and this year was no different. The Arrows and Lady Arrows swept the 2022 MHSAA Class 6A Championships in Pearl in dominant fashion, with both teams winning by huge margins. The girls scored 150 points and finished 77 points ahead of second-placed Biloxi High School, while the boys tallied 140 points and finished 66 points ahead of second-placed Germantown High School.

Head Coach Johnathan Perkins was understandably proud of the effort shown by both of his squads throughout the season.

“Our coaches and athletes have worked tirelessly since August to prepare for our State Championships, and our hard work showed at the meet,” he stated. “We are the first school in Mississippi Class 6A history to win both the boys and girls state titles twice.”

The Arrows had swept both titles once before, in 2017. Brandon High School had been the first team to accomplish this feat, as they won both titles in 2010.

The boys’ team has consistently been among the best teams in the state, but they hadn’t won a state title since the 2017 season. However, they won in dominating fashion this season, ending their mini drought.

“We had a lot of unknowns coming into this season with the boys because we were so young,” Perkins said. “Our goal this year for them was very simple: ‘Teach, teach, and teach!’”
“I didn’t want the boys overwhelmed with the thought of winning, so we tried our best to keep them focused on improving themselves daily.”

The boys ended up sweeping all possible postseason titles, including the division, region, and North State titles.

“Their focuses began transferring into invitational meet wins, and ultimately blazing through the playoffs and proving to be the best boys team Mississippi 6A,” Perkins added.

For the girls’ team, this was an unprecedented ninth consecutive state championship. They also blitzed through the competition in the division, region, and North State meets, winning all three of those titles. The Lady Arrows are in the middle of a dynasty, and it doesn’t seem to be ending anytime soon.

“We started this unprecedented run on the backs of some great Division I student-athletes and their hard working teammates,” Perkins said.

Lady Arrows alums have also been instrumental in keeping the tradition alive. One of those alums is assistant coach Justice Sims, who won four high school state championships before running at the Division I level with Mississippi State.

“Our alumni girls have been very vocal to the current young ladies about them continuing the tradition of our program, and also bringing Coach Sims onto the staff has been priceless,” Perkins said.

“Every athlete in my program knows what we as a staff expect of them and we don’t accept anything less, and the new athletes entering the program find out immediately, usually from teammates.”

Relay events were a strength in the postseason for both the boys and girls. In Pearl, they racked up a combined four wins and two runners-up finishes. According to Perkins, it was his team’s depth that helped them put together these winning relay units.

“Our depth in sprints and distance this year helped us to rest athletes that ran in open events during the playoffs, so that those athletes would have a better chance to advance their open events through to the state meet,” Perkins stated.

“Once we reached the state meet, we were able to put our best squads together to help obtain the state titles. Each athlete knew that, in order to obtain our ultimate goal, everyone would have to play their roles.”

Playing a role is not just a concept for the athletes. It also extends to the coaching staff. Every successful head coach is surrounded by a staff that, despite not getting many of the headlines, is a heavily integral part of the team’s success. Along with Sims, assistant coaches Thomas Tunberg, Christopher Lockhart, Ben Prevost and Robert Pittman have played a huge part in both teams’ seasons.

“All of my assistant coaches have gone above and beyond their responsibilities to make sure that every athlete is given the adequate knowledge and techniques to perform at the highest level possible,” Perkins stated. “This team’s success is driven by them and their awesome work ethic!” 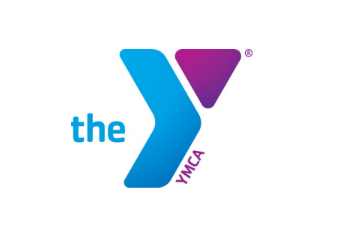